Excellent thermal conductivity, a controlled coefficient of thermal expansion and outstanding material purity. Perfectly clear: Our products for the electronics industry have very special physical properties. Used as base plates and heat spreaders, they ensure the reliability of electrical equipment.

At first glance, the fact that electrical components generate heat would not seem to be anything to worry about. Nowadays, practically any schoolchild can tell you that parts of a computer get warm while it is switched on. While the device is operating, a proportion of the supplied electrical energy is lost as heat. But let us take a closer look: The transfer of heat can also be expressed as heat flux per unit (of) area (heat flux density). As the examples in the graph illustrate, the heat flux density in many electronic components can be extreme. As high as in a rocket nozzle throat in which temperatures as high as 2 800 °C may arise. 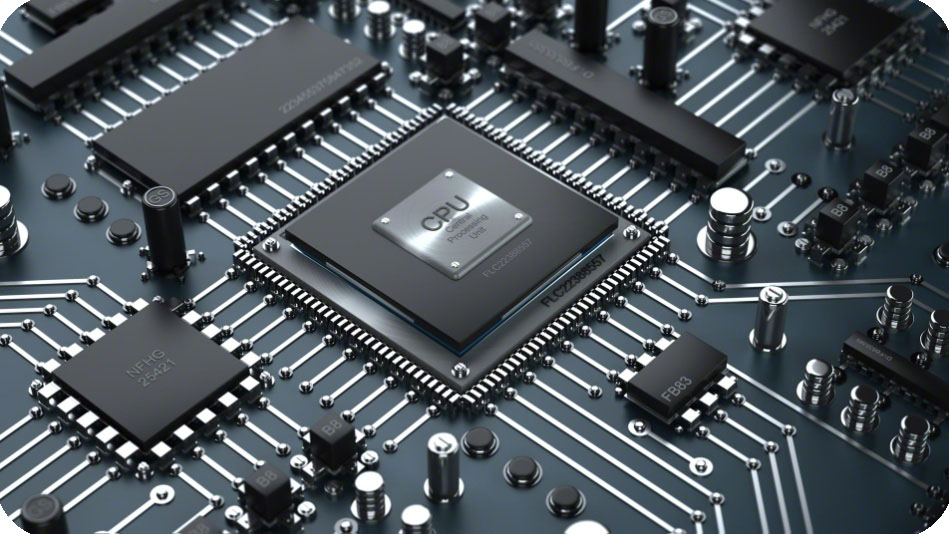 Heat spreaders and base plates made from molybdenum, tungsten, MoCu, WCu, Cu-Mo-Cu and Cu-MoCu-Cu laminates reliably dissipate the heat generated in electrical components. This both prevents the overheating of electrical devices and increases product lifetimes. Our heat spreaders help maintain a cool environment, for example, in IGBT modules, RF packages or LED chips. We have developed a very special MoCu composite material for the carrier plates in LED chips. This has a coefficient of thermal expansion similar to that of sapphire and ceramics.

We supply our products for the electronics industry with a variety of coatings. They protect the materials against corrosion and improve the solder connection between the semiconductor and our material.