Tungsten, or wolfram, is a chemical element with symbol W and atomic number 74. The name tungsten comes from the former Swedish name for the tungstate mineral scheelite, tung sten or “heavy stone”. Tungsten is a rare metal found naturally on Earth almost exclusively combined with other elements in chemical compounds rather than alone. It was identified as a new element in 1781 and first isolated as a metal in 1783. It’s important ores include wolframite and scheelite.

The free element is remarkable for its robustness, especially the fact that it has the highest melting point of all the elements discovered, melting at 3422 °C (6192 °F, 3695 K). It also has the highest boiling point, at 5930 °C (10706 °F, 6203 K). Its density is 19.3 times that of water, comparable to that of uranium and gold, and much higher (about 1.7 times) than that of lead. Polycrystalline tungsten is an intrinsically brittle and hard material (under standard conditions, when uncombined), making it difficult to work. However, pure single-crystalline tungsten is more ductile and can be cut with a hard-steel hacksaw. 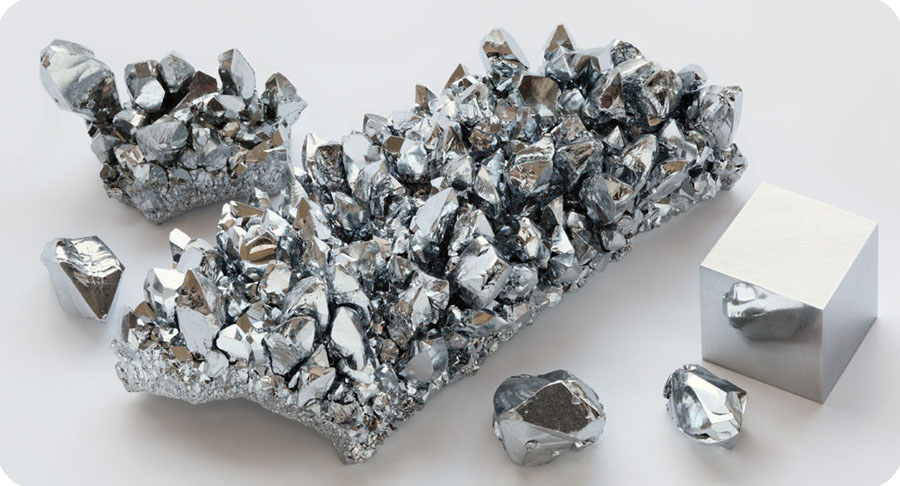 Tungsten’s many alloys have numerous applications, including incandescent light bulb filaments, X-ray tubes (as both the filament and target), electrodes in gas tungsten arc welding, superalloys, and radiation shielding. Tungsten’s hardness and high density give it military applications in penetrating projectiles. Tungsten compounds are also often used as industrial catalysts.

Tungsten is the only metal from the third transition series that is known to occur in biomolecules that are found in a few species of bacteria and archaea. It is the heaviest element known to be essential to any living organism. However, tungsten interferes with molybdenum and copper metabolism and is somewhat toxic to more familiar forms of animal life.